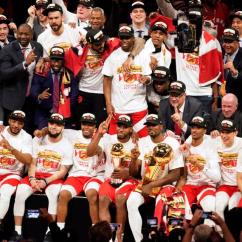 Before I reveal which team won this poll, I’d like to break with objectivity and say thank you to everyone who participated in the poll. I was surprised at how few people participated, even though there was a good amount of feedback and voting. There’s still strong support for this blog and it’s deeply appreciated.

Now, time to reveal the best NBA Champion of this decade. The winner the public chose is… 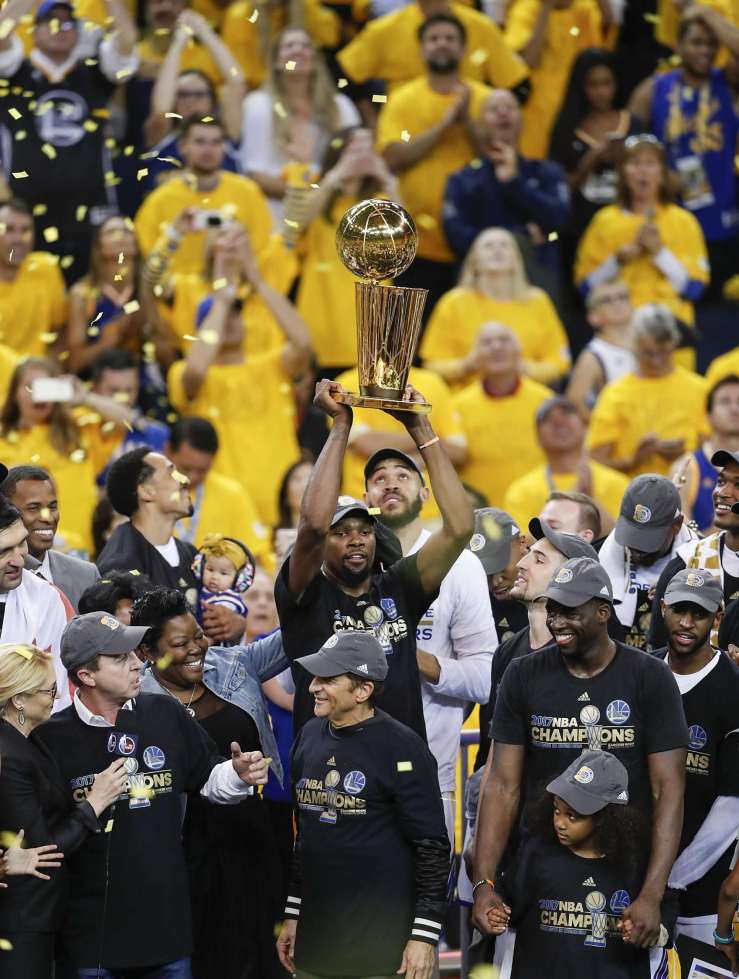 The third consecutive Conference title and championship appearance for the Golden State Warriors, this one would feature two teams that would lose one game each heading into the Finals. The Warriors won 15 games in a row during their playoff run to set an NBA record, while finishing 16-1 and post the best winning percentage (.941) in NBA playoff history. They blew out the Cleveland Cavaliers in the first two games before winning the next two out of three by a combined 14 points, averaging over 113 points per game in the series. Free agent acquisition Kevin Durant won the Finals MVP that year. In a total average of 39 minutes on the court per game, Durant put up medians of 35 points, eight rebounds and five assists (35-8-5).

Q: What made this team stand out from the rest?

A: Some of the stats mentioned above with records being set show the Warriors dominating everyone they played. This was the season where Golden State had to answer back after setting records as the best season in NBA history while also failing to win a championship against the Cleveland Cavaliers in an epic seven game collapse. There was a lot depth and star talent that made the team stand out and be in the conversation of top four team in the league. When Kevin Durant decided in early July he was going to the Bay area, there was a sense that the Warriors would be next to unstoppable to beat. There’s a good argument to be made about the reaction to when LeBron James decided he was going to go to Miami and Chris Bosh followed suit. The counter was it took them an extra season before they got their first title in the decade. The Warriors came out of the gate in the regular season well, but became their best selves in the playoffs.

The author’s choice of NBA Champion of the decade: 2017-2018 Golden State Warriors

Q: Why pick this team as supposed to the other two or other nine for that matter?

A: There are only two teams to repeat this decade: the Heat and the Warriors. Yes, the Lakers went to two titles before the 2009-2010 season, but that team was well balanced compared to what happened when LeBron went to Miami. As stated earlier, the Heat took the first two seasons with three superstars to win a championship. The Warriors won a title before Kevin Durant came to the Bay area and had a good case for winning if Draymond Green wasn’t suspended the last two games. the second championship with Durant showed they were vulnerable, but not this one.

Q: What makes this team stand out from the rest?

A: Golden State’s commitment to dominating their opponents is the biggest factor. The Warriors throttled most of their opponents, especially in the playoffs. Their first round opponent, the Portland Traiblazers, were blown out in three of the four games played. Their second round opponent, the Utah Jazz, lost every game by double digits. In the Conference Finals, San Antonio took it to Golden State in the first game, but got crushed the last three. No one in a stacked Western Conference had an answer or even a win against the Warriors.

Golden State had depth that was envied across the league. Andre Iguodala, Shaun Livingston, Matt Barnes, David West and JaVale McGee were the big names that filled in when the superstars needed rest. When this second unit got going, they left no doubt who would win.